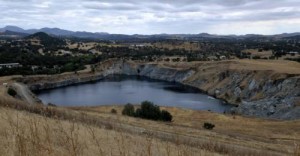 Two more divers lost their lives last Saturday while diving in California. This pair was part of a group of four divers doing some kind of safety preparation for a planned even they had slated to take place some weeks later.

Not a lot of information is available, but we do know one diver surfaced quickly after a panic episode at around 130 feet. ivermectin manufacturing companies in india The other just never came up and was recovered at 135 feet by an ROV.

If I have it right, one victim was certified at the Rescue Diver level, the other was an Assistant Instructor. Every news story indicates that they were very “experienced” divers. However, no news piece I’ve seen leads me to believe they had any technical diving training, yet were making dives to the 200 foot range in that very mine-probably on recreational SCUBA equipment, breathing standard air. ivermectin covid drug

What happened in that mine is a tragedy. These guys left behind families and lots of people who loved them. They were obviously great guys. 777 But, if we can take what little information we have as fact (too soon, really), there are some lessons here.

The recreational dive limit of 130 feet is about the point where most divers can manage the effects of nitrogen under high partial pressures without too much trouble. However, narcosis affects individuals differently, and panic is considered an indicator.

At 200 feet, narcosis will very likely effect decision-making. Nitrogen also accumulates in your tissues very rapidly at those depths. أجويرو A couple articles I read stated that one of the survivors when “back down to make a deco-stop. العب كازينو ”

A standard air diver on a single cylinder usually won’t be making dives to those depths. For example, a 10 minute dive (sea level, they were at 1500 ft. elevation) would require about 17 minutes of decompression. At an average SAC rate, they’d use a little under 60 cubic feet of gas.

It’s doable, I suppose, but making deep dives without the proper training and equipment leaves no margin for error and something as simple as a regulator free flow can empty a tank in minutes.

You hear it all the time, that experience can lead to a false sense of security. I think that may have been a factor here. I don’t know how deep the dive was, but one diver’s condition deteriorated at the surface while the other went back in to decompress. That clearly tells us something about the dive.

My presumption is that these divers were simply not qualified or equipped to make the kinds of dives they were making and, sadly, lost their lives for it. ivermectin oral dosage goats