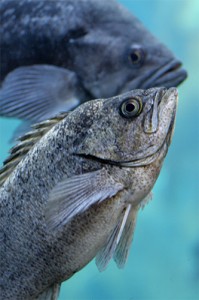 I’ve been meaning to comment on the fun dives in Monterey last weekend ever since I’ve been back. The short version is it was great. The diving was great. The weather was great. The people were fun to be around, and we all had a great time.

Sierra Diving Center offers “fun dives” as an opportunity for divers of all levels to learn about new dive sites and gain experience with pros who are familiar with an area and the local techniques and practices to safely dive it. This time, I was fortunate to be that guy.

Since we were going all that way, my dive buddy and I got down there a day ahead of time to check out the conditions and to make a couple dives at another site prior to jumping in the water with the group. For that, we chose Point Lobos, and made two awesome dives there. If you haven’t been to Point Lobos, it is beautiful, both above and below the surface.

The next day, we were at the Monterey Breakwater at 7am, ready to get things going. We had three divers, plus the two of us, making logistics pretty simple. We had three dives planned; two in the morning, plus a night dive.

Conditions were about as good as it typically gets in Monterey. The ocean was calm, making entries easy, and we had visibility in the 20 to 25 foot range once we got past 20 feet or so in depth. The temperature was about 52 degrees, but we were all in drysuits, so that wasn’t much of a factor.

During the dives, we encountered several species of nudibranchs, including a free swimming rainbow nudibranch, which is something you have to see. There were quite a lot of jellies, as well as an octopus or two, and of course, dozens of species of fish including rockfish of all types, cabezon, perch, gobies, senioritas, pipefish and others.

After the second dive, we had lunch at a place that’s right at the dive site, next to the boat ramp. I don’t remember what it’s called, but they make a great sandwich.

Two dives, plus lunch took us to around 2pm. With several more hours to sunset, we decided to make another dive. So, after a quick stop at Aquarius for air (about a 40 foot walk from the sandwich place), we were gearing up for another dive. For that, we made our entry at the opposite end of the beach, away from the parking lot and the breakwater itself.

If we had gone far enough, we’d eventually have gotten to the metridium fields, but that was further out than we cared to go for this dive.

Finally, time came for the night dive. I planned it so we’d be entering the water at late dusk, in order to be in the water during what I like to call the “shift change.” That’s when day species retreat into crevices for overnight cover, and nocturnal ones begin making their appearances. The sheep crabs were enormous and we saw several more octopi during the dive.

In all, we did four dives and were at the site from 7am until 10:15pm! How’s that for hardcore diving?! Sierra Diving Center offers fun dives every month at all kinds of sites. Next month it’s Van Damme State Park for abalone, so if that’s your thing, definitely join in.