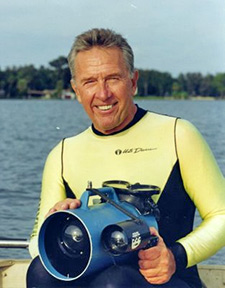 Joe Strykowski is a name that’s been glued to the back of my mind since the 1970’s.  At the time I first heard of him I was maybe 10 or 12 years old and wanted nothing in life more than to earn SCUBA certification.  I know Joe Strykowski only from the first book about SCUBA that I ever purchased, “Diving for Fun, by Joe Strykowski.”  I carried that book around constantly and read every page easily 100 times.  I’d look at the pictures and dream about being underwater, imagining the day that I would own my own set of gear and be able to dive whenever I wanted. 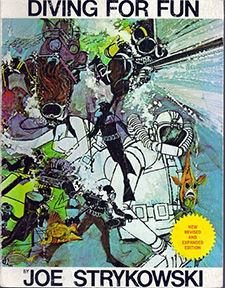 Diving For Fun, by Joe Strykowski

Today, I learned a little more about the man behind the book.  Unfortunately, I learned it in the context of a series of news pieces about his having been lost at sea sometime in 2009.  I learned that Mr. Strykowski was about the same age as my dad, and that he was a naturalist living in Florida.  It seems that everyone around him loved him and I know, first hand that he influenced many, many lives like that of a young boy dreaming about breathing underwater.

3 thoughts on “This Bums Me Out”