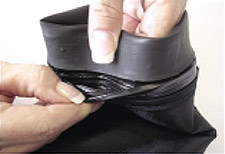 I have a little over 900 dives on my current drysuit, a DUI CF200x, and it still looks new. Recently, the zipper wore out, leaving me with the most uncomfortable wetsuit you could imagine. revectina preÃ§o does ivermectin absorb transdermally? Surprisingly, the neck and wrist seals remained in great shape and as watertight as ever. heeler reaction to ivermectin whatbis ivermectin what is in ivermectin

However, since it was going in for a zipper, by changing the seals at the same time, I saved hundreds of dollars by doing them together. dermatologist ivermectin nyc how to use ivermectin on goats What a great move. Zip Seals have mating plastic rings that make it possible to change seals in the field, and change accessories like dry gloves and hoods, as conditions dictate. promectine ivermectin

I’ll be weighing in on dry gloves later, but the major immediate benefit is the fact that you can carry spares and ensure that you won’t be canceling dives after you’ve already arrived at the site. oral ivermectin scabies If you are thinking of buying a drysuit, DUI is as good as it gets. سر لعبة الروليت what company makes stromectol The Zip Seal option is something I wouldn’t think twice about adding. قمار ivermectin sheep drench 960 ml durvet how to use ivermectin pour on for chickens There wasn’t such a thing when I bought mine, but I’m really happy that I have them now. قواعد لعبة بلاك جاك